After meeting Roz (1 half of Tipperley Hill) at my first Solo Craft fair in Balham in 2019, we just hit it off straight away. It was also immediately evident that we both were mad colour lovers. 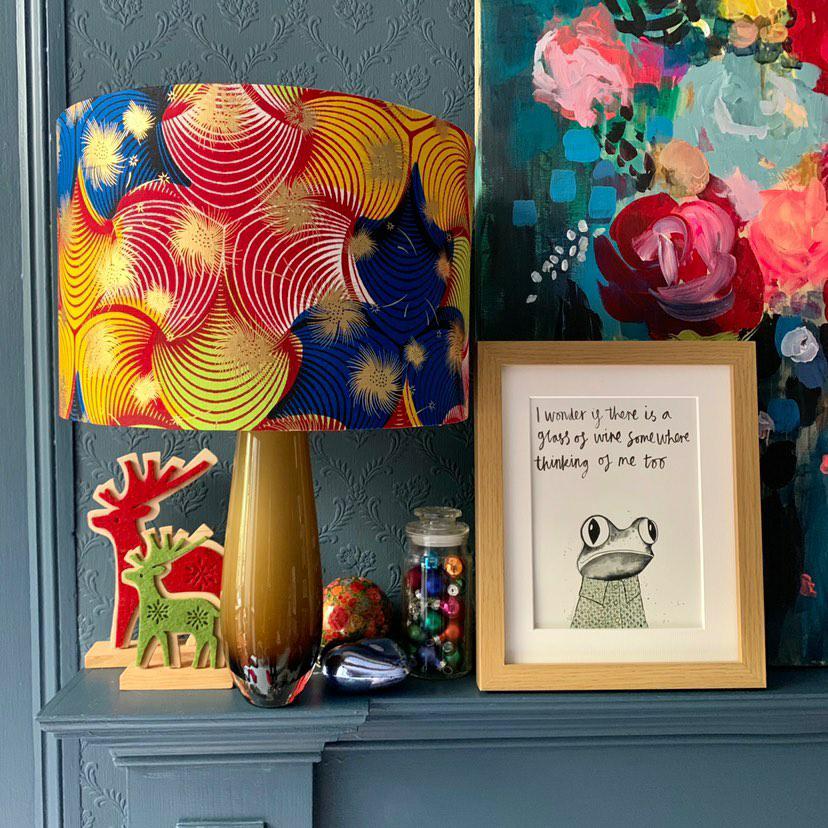 Last year, during the 2020 Pandemic, Roz contacted me and said let's collaborate. We ended up doing a quick photo shoot using one of my African lampshades and styling it with one of her gorgeous hand paintinings and an illustration.

We were totally chuffed when we collaborated with Smash Screen films and supplied them with some of our colourful African Boho lampshades and cushions for their film set design. Such an honour. Detola and Geek was approached by clean up Hitchin totake part in their 2017 bin Installation project.

They used an image of African print and wrapped it around the bins which are all dotted around Hitchin town centre and nearby.